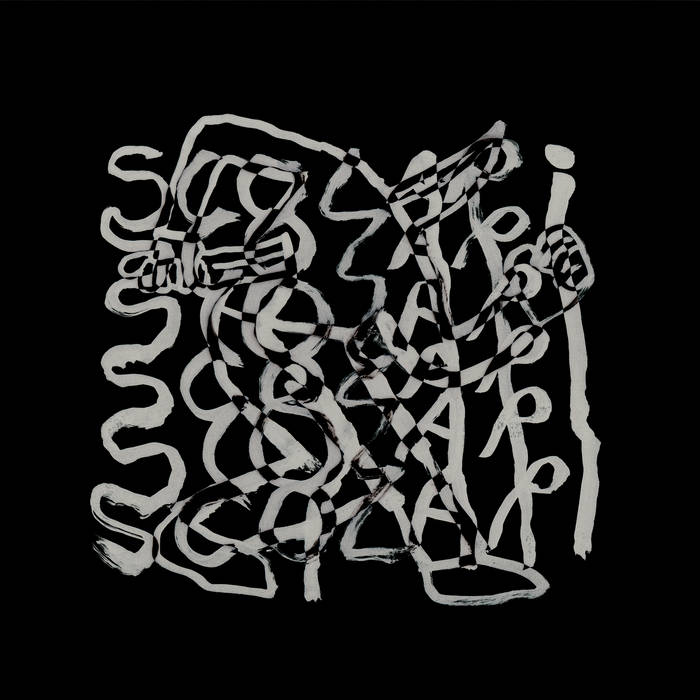 SCOLARI’s music would make perfect sense if we were to listen to it through a closed metal door in a damp concrete garage smelling of cars and cigarettes: a trumpet drenched in reverb, drones by malfunctioning ventilation systems, car motor subs and exhaust fumes, all soaked by the best beer a few cents can buy.

A bit like if Jon Hassell had gone through a goth phase and set up a studio in the garage of an abandoned mall, but in this case instead of the great fourth world musician, we have three of the main players of the Portuguese underground experimental scene: António M. Silva - aka Sal Grosso and founder of the label Combustão Lenta - Bruno Pereira - founder of Colectivo Casa Amarela and member of countless projects among which you can single out his moniker Aires - and Luís Vicente - free jazz staple and trumpeter with 20 years of activity, with collaborations with the likes of Hamid Drake, William Parker, Paal Nilssen-Love, among others.

Following a series of informal encounters and beer-in-hand jams that took place when 2019 was coming to an end, the trio only recently emerged from the basement and onto the stage for a handful of concerts, releasing a split tape on the dutch label “Faux Amis” along the way. Two years after those first encounters they finally release their first album MATA MATA. An album that speaks two distinct dialects: the jazzistic language of Vicente’s trumpet and the Leftfield speech of Aires and Sal Grosso’s electronics; but on the other hand an album that is certain of its path, a drift guided by a trumpet that marks the spot in a map of abstract landscapes of drone and noise.


"...Even if the context is different and darker than the settings we have heard Vicente play in during the last years, his approach to the instrument and to music remains intact. Like the synth and the electronics, the trumpet participates in a musically meaningful dialogue, creating novel sound experiences that stay away from the cheap sentiment that we hear on so many "nu jazz" trumpet albums." Stef Gijssels in freejazzblog.org